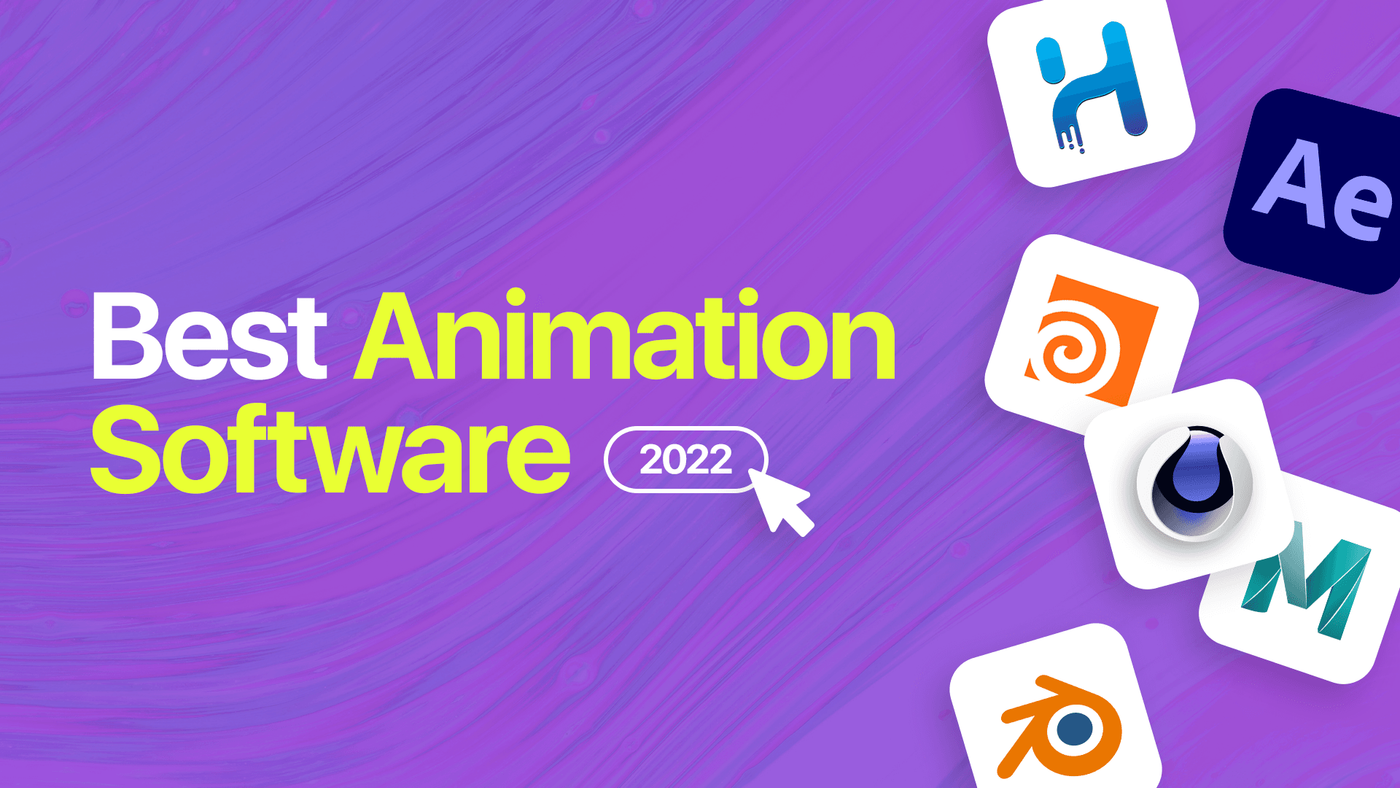 Where to start with animation software?

Want to start animating but don't know where? We have a list of programs, where you can do this - even if you're beginner. Here is the software that is used by animation artists around the world - premium and free, meant particularly for animation, or for different end tasks. Most of them were used for worldwide known projects, films, cartoons or video games and can be same way used by any animator. Which animation software would be yours?

Use on: Mac OS, Windows, Linux

The price: $215 per month; free trial; free for students

Maya allows to create complex characters and dazzling effects - modeling, simulation, motion graphics, virtual reality and many more. Audodesk Maya is the main software Disney animators use (apart from others). Autodesk Maya has dozens of award wining movies and video games. It has a wide range of professional tools, allowing to use pre-made models and contains 4 different visualizations, ability to add plugins, including V-Ray. It perfectly suits both for creating your own algorithm of simulation or using 3-d models. In our list, Maya takes well deserved first place.

Learning process might not be the easiest, but many artists are successfully learning Maya by themselves - you can find many free courses all over the internet, or enter full paid program. Autodesk also provides official courses.

The price: Part of the Adobe Creative Cloud subscription, can be purchased individually

Adobe Animate is great for many different end tasks, whether you create app, infographics, web design or anything else. With this software, you have the ability to operate the camera, making your animation unique and interesting. If you want to create a traditional vector cartoon, Adobe Animate is a great 2D animation software option. It contains vector brushes, hand-drawn, frame-by-frame animation, as well as puppet animation, which allows you to manipulate a character rig without redrawing it. You can import characters created in other software or illustration tool and animate it within this software. Software supports ActionScript, audio, video and text.

Adobe Animate also can be learned freely, or by entering professional courses.

The price: Part of the Adobe Creative Cloud subscription

Adobe Character Animator is perfect for beginners, even those with very little animation experience. That's because creating and animating a character in this program requires very few animation skills.

Here's how it works: You choose a character (called a puppet), which can be your own artwork imported from Procreate, Adobe Photoshop, or Adobe Illustrator. Then, the program uses your computer's microphone and camera to detect your voice and movements and animate the character. Essentially, you use your own performance to animate a character in real time. Whatever you do with your face—including your mouth, eyes, and eyebrows—your character does. Plus, you can add in other movements, like hand gestures. Ultimately, this allows beginners to create animations quickly and easily. However, it's best used for animations that are mostly dialogue, as there is limited functionality to create action and physical movement. Interested in seeing an example? Showtime's “Our Cartoon President” is created with this animation software.

Cinema 4D animation software can be used to create and texture 3D objects, and then light, animate, and render them out for final use.

Cinema 4D is a 3D animation software that's ideal for animators at every level, from beginner to pro. Supports modeling, drawing, sculpting, tracking, texturing and highest quality renders. It has simpler and more intuitive interface, contains modules as packages - soft and rigid body dynamics, movement simulations and many more. As well as a customizable layout to fit your needs and preferences. Includes the ability to add plugins for rendering.

Cinema 4D have been used in rendering of many famous films and projects.

Using Blender, this artist has created the animation of a spooky cloth ghost rising from the floor.

If you're looking for free animation software, take a look at Blender. Blender stands out from other options in that it is an open-source 3D animation suite. That means it's been developed by many contributors from around the world—so you can be sure that it offers robust and varied capabilities.

Blender supports the entire animation workflow from start to finish: modeling, rigging, animation, simulation, rendering, compositing and motion tracking, and video editing. Users also appreciate that they can import external objects, such as textures and other animations.

Animators can use Adobe After Effects for everything from setting up a canvas to animating a character.

After Effects, an part of Adobe Creative Cloud, can bring your animations to the next level. Considered the industry standard for motion graphics and visual effects, After Effects integrates with Adobe Creative Cloud apps and other software/hardware providers to offer you complex animation capabilities. After Effects would perfectly suit for editing and montage, but it's also would suit for animation this powerful tool can be used to create 2D and 3D animations, as well as real-life motion graphics.

You can also learn After Effects freely, for example from our blog.

Toon Boom Harmony is an industry-leading 2D animation software. You can use it for frame-by-frame animation or rig animation. In fact, if you're used to hand-drawing your animations, this software offers unique and robust tools for scanning and cleaning up your drawings. While this software is appropriate for beginners, it's not limited to those just starting out. Major studios have used Toon Boom Harmony to create shows such as “Rick and Morty,” “Family Guy,” and “SpongeBob SquarePants.”

Animators can choose between three different levels of the software, which each offer different features and price points.

A more traditional 2D animation software, Pencil2D allows users to create hand-drawn, animated scenes. Pencil2D is an open-source platform, so multiple users—even you—can contribute to its capabilities and features. As a result, it's one of the best free animation software options out there.

The software boasts the ability for users to seamlessly switch between raster (also known as bitmap) and vector workflows, as well as add layers. Overall, the software is fairly minimal and easy to use, so you can focus primarily on your animating. However, advanced animators may not find that the features are robust enough for their preferences.

Houdini can be used to animate an auto rig—essentially, a character that you can manipulate to create movements.

The price: free for non-commercial, from 499 per year for commercial

Used primarily for the film industry, Houdini entered the game industry too. More than that, Houdini is now used by some scientific visualization visualization and industrial design.

Houdini is bundled with a production-class renderer, Mantra, which is classified as one of the world's best renders and can perform fast volume rendering, and also physically based path-tracing. Houdini offers what's called a procedural workflow, which generates animation in real time. This is used to simulate things like smoke, fire, water, hair, fur, and clothing. Ultimately, this allows animators to create dynamic and realistic effects. Another unique feature of Houdini is its nodes-based workflow. Every action is stored in a node, which can be rearranged and adjusted to refine the final product. This provides flexibility and cost-effectiveness that isn't always possible with other types of software. Even with these advanced features, Houdini is intuitive and easy to use, making it one of the most powerful and robust animation software options available.

Use primarily for the film industry, Houdini entered the game industry too.Even if you're just a beginner, you'll find here software you need. Media product, app or anything else - these tools will allow you to create anything.

We're happy to share that with you! All of these software are amazing and despicably deep and worth of learning. Choose yours due to the tasks you put in front of you and you'll be fully satisfied!

If you found this article useful, you may like this one too - learn 12 basic principles of animation!